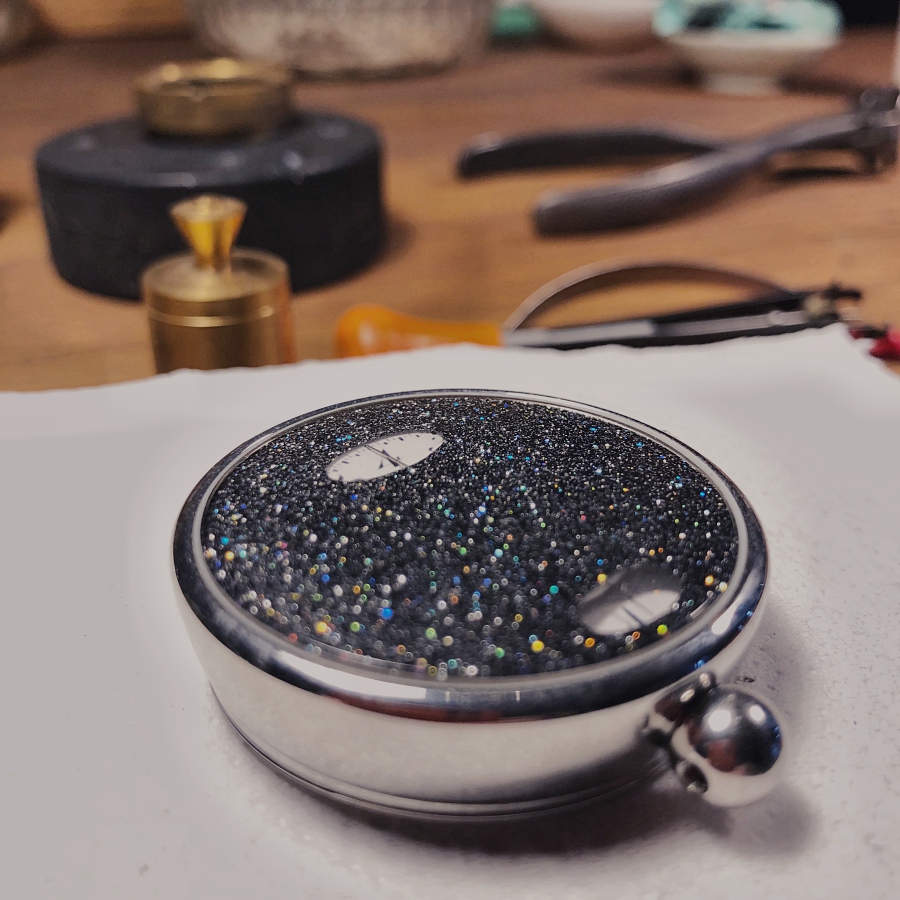 The Other Boutique: A Visit with Martin Pauli aka Angular Momentum

A necessity for the big watchmakers, a virtue for the independents: Martin Pauli is a one-man show and the workshop is also a showroom for the customers.

Baselworld versus boutiques and the internet

Admittedly, Martin cannot be compared with the Swatch Group or Rolex or other well-known watch companies. He doesn’t have a stand at Baselworld. Nor does he have to decide whether to cancel a stand at Baselworld and rather invest in boutiques in Hong Kong or Miami to show his watches. He already has one of the coolest boutiques you can imagine. Not because it’s marketing, but his passion. Not a showroom, but an authentic workshop, living room, office, salesroom, industrial museum. 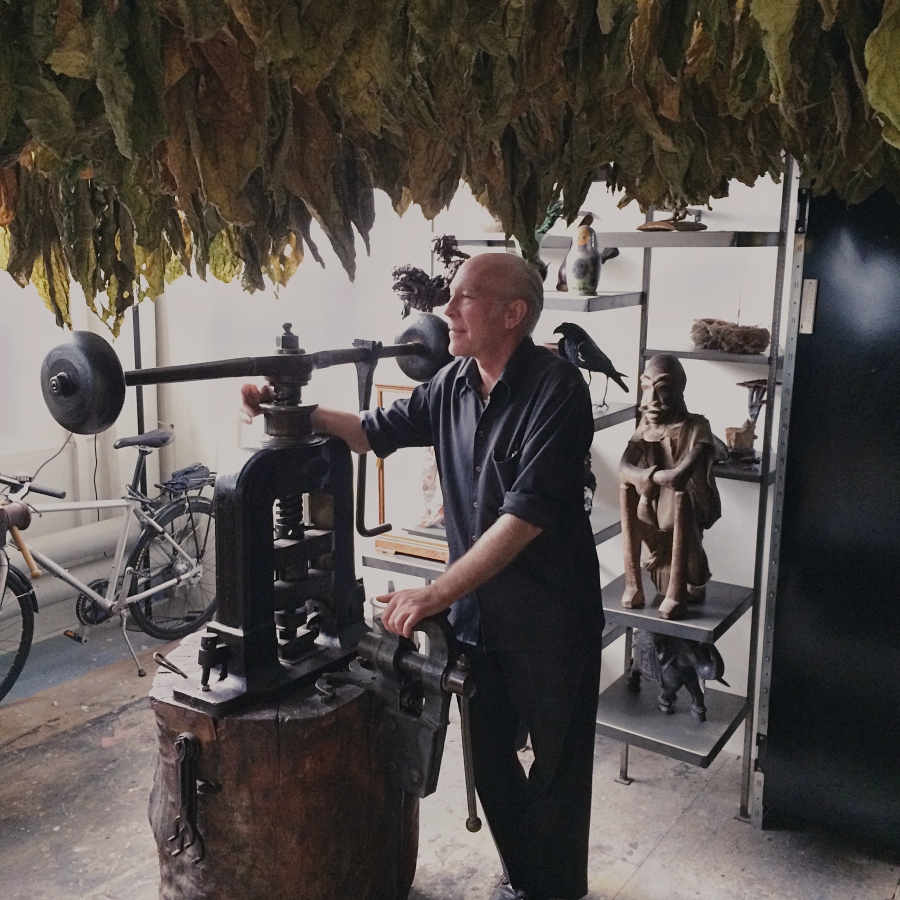 Martin, tobacco and a press from the last millennium

I’m lucky enough to have Eva Leube sitting next to me when we start a trip to Bern. 🙂

The idea of seeing Bern and because Eva knows a lot of great people, the sightseeing tour turns out to be nothing. Luckily! One phone call and we spontaneously dropped by Martin Pauli’s place. Martin is Angular Momentum. Angular Momentum is Latin for circular motion. Martin is (also) a watchmaker. 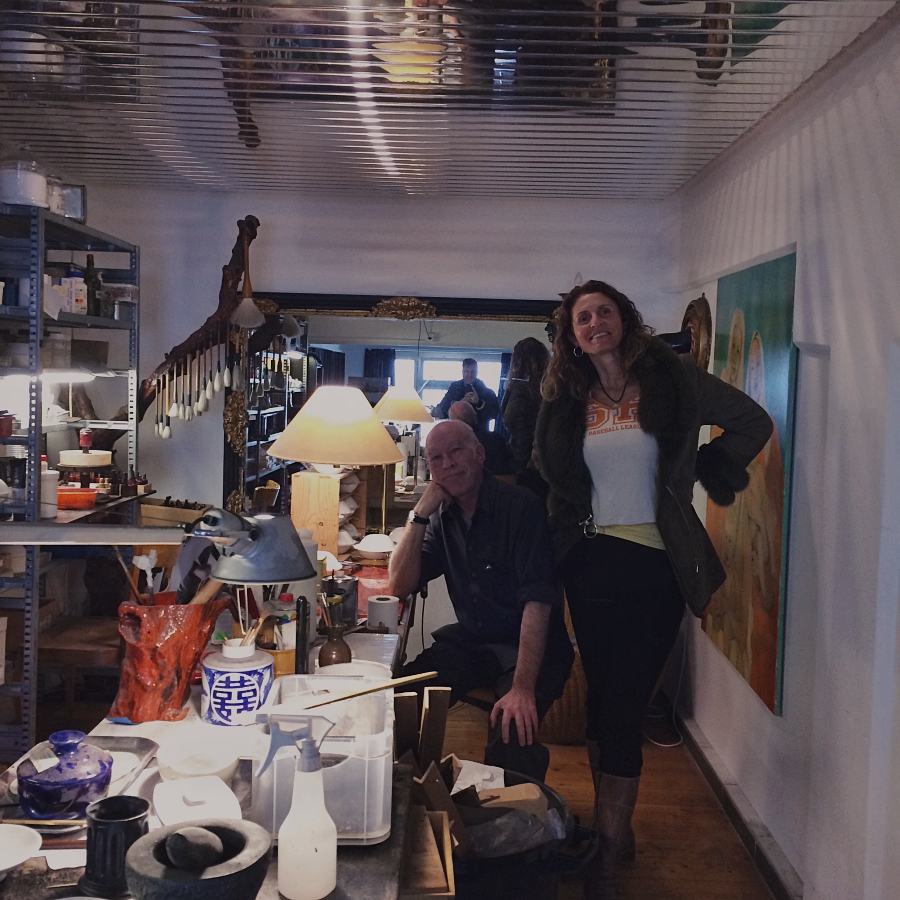 Eva Leube and Martin Pauli in the Lacquer workshop.

So we drive the linear Momentum, the car, to Martin in Ittingen, part of Bern.

The stepped building of Ittingen

The place where he has his studio is a bit like New York, bridges over bridges, industry and a building from 1925, almost like a new-fangled Mayan temple, in which Martin’s studio is located, is worth a visit. The so-called “Stufenbau”, a listed building, is a technical and architectural unicum, including a funicular railway.

No one has the old machines any more

We enter an industrial loft with tools from the turn of the last millennium, industrial machines that have now been replaced by CNC milling machines, a pantograph  and loads of things to look at. It’s like a universe of details, one could take thousands of pictures and each one is a story in itself.
I refrained from photographing everything because it’s Martin’s studio and because I listened intently to everything he had to say.
His machines are rare, and should cyber war destroy all the semiconductors in the world, he can still build watches without computer technology.

Digitalisation has made some industries or companies obsolete. So did the quartz crisis in the watch industry, or the CD the record. As a result, many companies have ceased operations or switched to new methods. What remains is the knowledge and the old machines that no one has any more. In Germany, there are only a handful of machines left with which you can make blanks for records and I think only two people who can operate them.

The Samurai of Watchmakers

Martin is like a samurai, a watchmaker who collects the knowledge of old techniques and old machines. That is how his works of art are created. And because the pen is mightier than the sword: what could be more natural than making exclusive fountain pens? THE analaogy was simply too beautiful not to mention.

Well, he also produces the most noble fountain pens, in a perfection that has never been seen before, both technically and artistically. The fountain pens are decorated with Japanese Urushi. Urushi is a 6000-year-old art that was once used to attach spearheads and was later used to shape luxury goods for imperial houses. Martin’s explanation of how this lacquer is made from tree resin is worth a separate article…

Martin combines so many arts that it is a true splendour. Apart from the art of lacquer and everything that belongs to watchmaking, he is also a master of engraving and certainly a lot more, which I haven’t experienced yet. One heard something about Zen art… Next time I’ll just ask him…