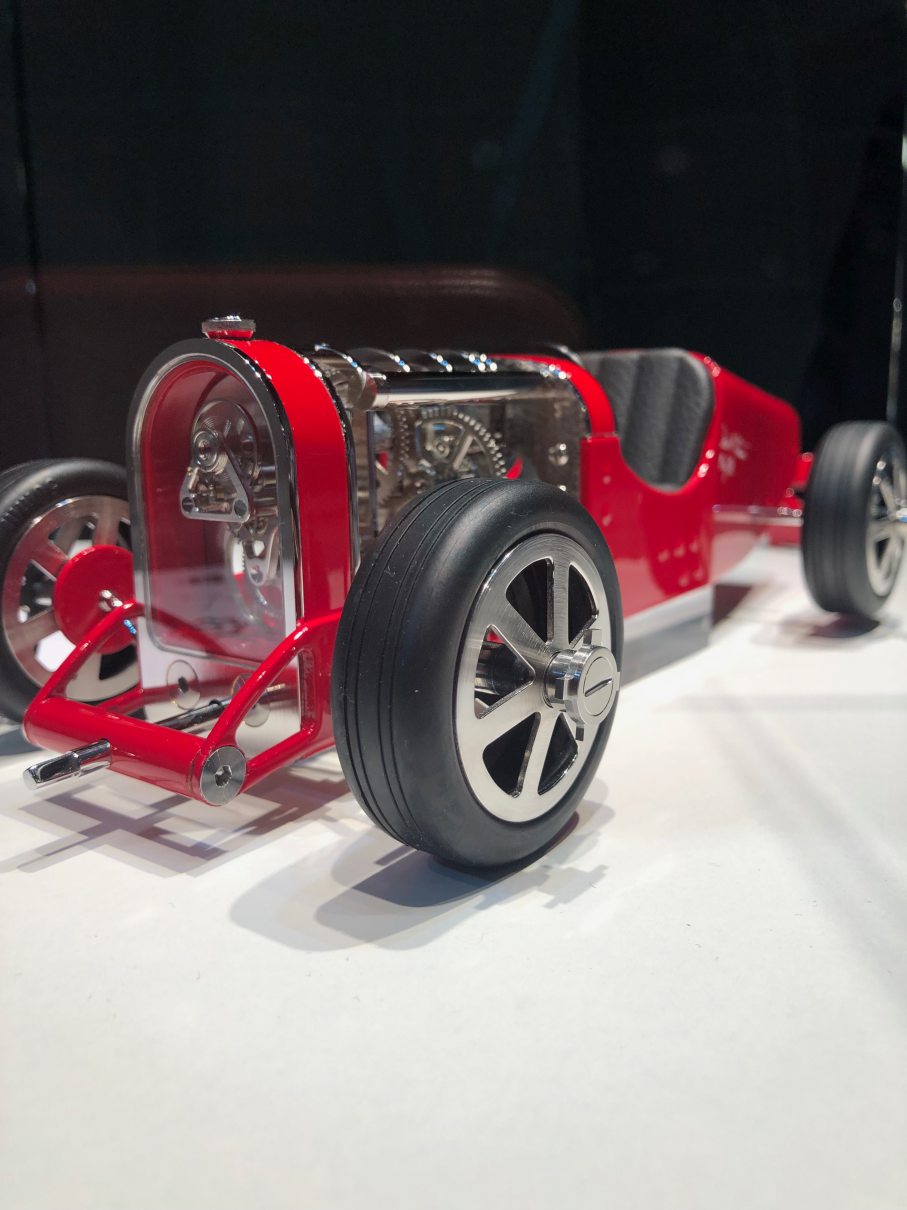 The Academie Horlogere de Createurs Independants (AHCI) is my highlight at Baselworld, always.

“My” Baselworld this year was actually like last year, lots of time at the AHCI, the Academie Horlogere de Createurs Independants. A great meeting, getting to know each other and being amazed. I spent virtually the entire Sunday at a single stand, that of the AHCI. With small exceptions, because one or the other person ordered pictures of Oris from me or I was looking for some microbrand watches. Microbrands are a great phenomenon of our time. But more about that elsewhere.

When I’m at the fair, I’m not there as a raving reporter or the typical blogger, armed with a camera, hunting for everything there is to photograph. It’s supposed to be fun, after all, and that’s why I once again did a lot more talking than taking pictures or notes. Unlike my visit to the Omega Museum. I vow to do better.

New arrivals at the Baselworld AHCI

Every year there are new rising stars at the AHCI at Baselworld. Aspirants for membership who are allowed to present themselves and their works. This year, they include Stefan Kudoke and John Mikael Flaux.

Kudoke worked for big brands like Omega or Breguet as well as together with Marco Lang from Lang und Heyne in Dresden before he started making his own watches some time ago. So far, he has specialised in skeleton models and comes to the AHCI with his first self-developed movement.

“Although he had neither a long-standing family tradition in watchmaking nor any other points of contact with it, he completed his training as Brandenburg’s state winner and subsequently came 3rd in the national competition for young craftsmen in the watchmaking trade.” (Source: Kudoke website)

Mikael Flaux shows special time machines at Baselworld, such as the Skarabeus and a small Bugatti. Hard to see in the picture, the steering wheel on this watch shows the minutes and the spokes of the back wheel show the hours. The power reserve is about a week if I remember correctly.