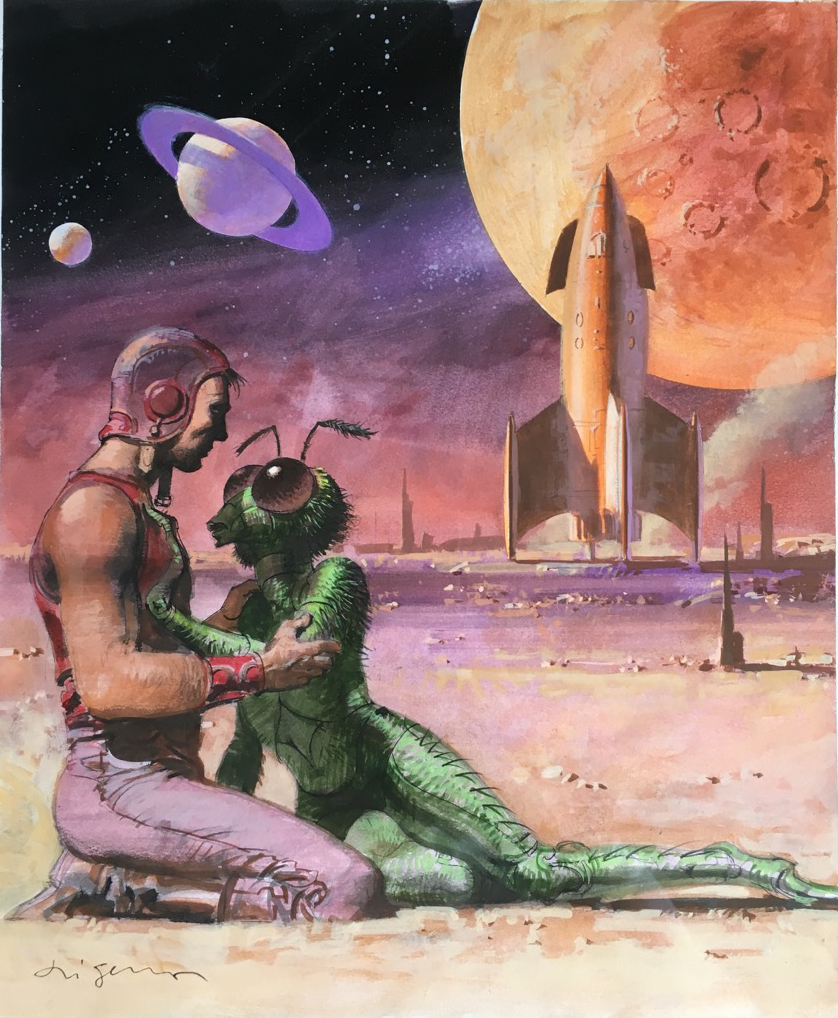 Is Vianney from outer space? I am asking that because his enthusiasm for space is tremendous.
Certainly the most famous watch by Vianney Halter is related to this. It is called Deep Space triple axis Tourbillon. 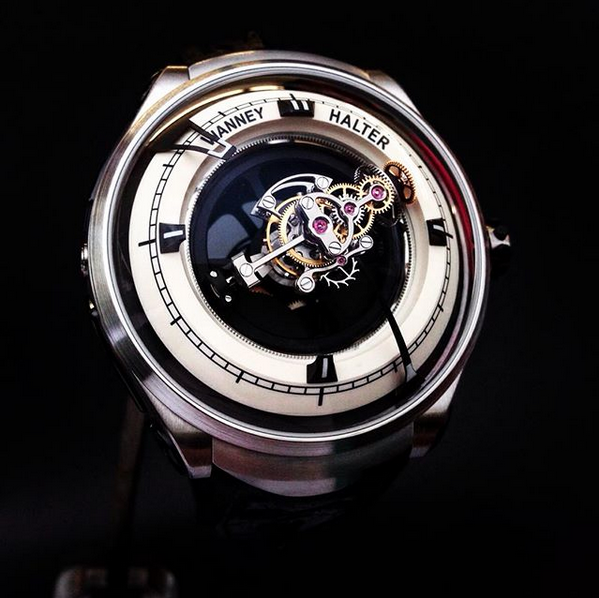 Vianney is a fan of space travel, collects comics, special watches, is a pilot and not only repairs and builds watches. His love of deep space, however, is very formative. In his workshop, which from the outside doesn’t let you guess what’s going on inside, he makes very special watches and other things. I won’t go into his models now, except for the Deep Space, but I will tell you a little about his workshop. On the second picture you can see parts of his triple axis tourbillon watch. 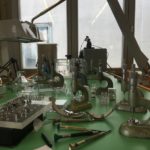 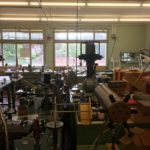 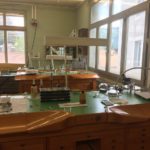 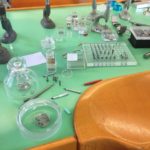 First of all, Vianney is an haute horlogeur. Since much has already been written about Vianney’s watches, from blogs and the AHCI, I will concentrate on the Vianney type. It is amazing how different the types of watchmakers are that I have had the pleasure of meeting. You might think in pigeonholes, “they’re all the same”. Accurate, nerdy, organised, pedantic and whatever else you might commonly associate with watchmakers. When I was very small, we had a watchmaker who was also a carpenter in the castle of Laubach. Mr Ackermann was a jack-of-all-trades and, in my memory, always old and wise. I thought that someone like that could do all sorts of things. The workshop in the orangery of the castle was a great place. But back to Vianney’s workshops: 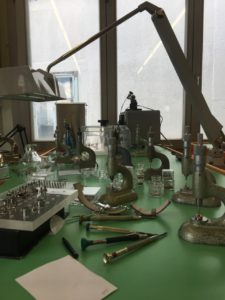 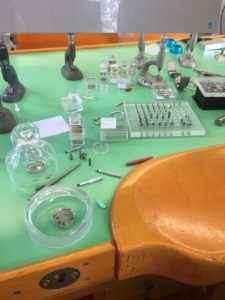 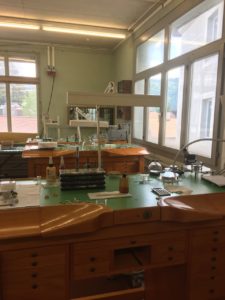 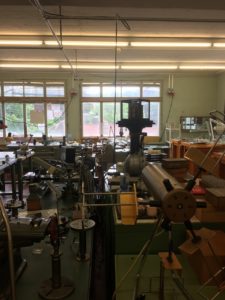 Is that what a watchmaker should do? Or should he stay calm no matter what happens like an elder statesman? https://www.instagram.com/vianney_halter_official/ 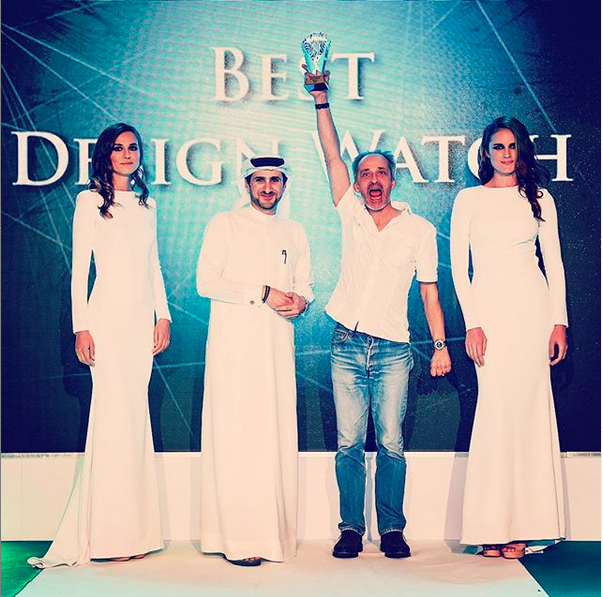 Best Designer Watch Award at the SDGC in Dubai 2015

Vianney has won countless awards, such as the GPHG – Grand Prix d’Horlogerie de Genève 2003 Innovation Award for the Opus 3, Best watchmaker designer in 2011 and in 2013 with his Deep Space Tourbillon. Plus many other prizes and honours. I don’t have a hit list now, but he’s right up there in terms of awards, I think. For those who don’t know him, there are a few links below. For those who know all his watches, here are a few stories away from the technical details. Let’s start with his desk and workshop. A little tour.

Sorry, I don’t have a picture of him in a cockpit, except the knowledge that he has a license and some stories about flying a plane. And not badly either. His plane is of course a special aircraft. Unfortunately, I don’t remember the type of plane, only the story behind the fact that the wings of the aeronautical device hang from the ceiling of his workshop. A spare engine is lying not far away and the nose wheel, which is used to steer the plane when it is on the ground, is lying on a workbench being overhauled. The plane he flies has a peculiarity. You can only steer it on the ground when you accelerate. That’s actually the same with other aeroplanes, but you can usually steer the wheel, no matter what the throttle position. But I’m not that familiar with it. If anyone meets him who reads this, just ask him for the latest. 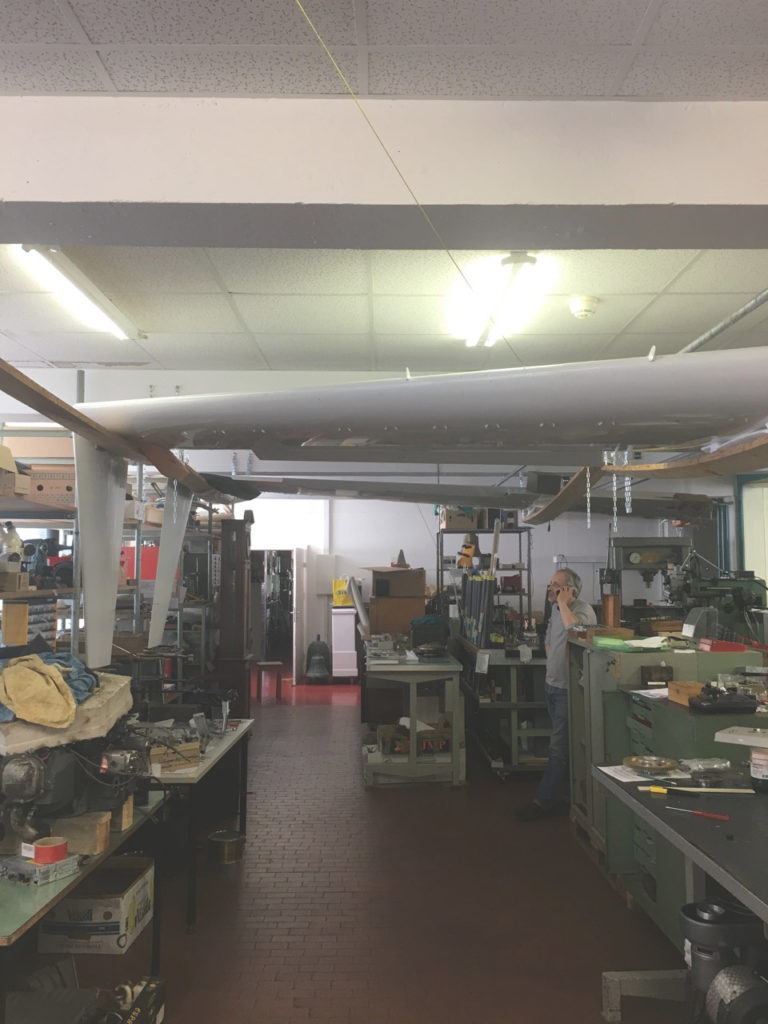 Vianney Halter – in his aircraft hangar, watch workshop and more…

Whoever builds watches is actually also a mechanic. However, it seems to me that Vianney screws on all kinds of things, such as a BMW 850 or another old-timer that is at least 70 years old. I have already described his plane. The community of pilots of this machine is probably eagerly awaiting his ingenious solution to the steering problem.

I think collectors are very understanding when they meet other collectors. With watch collecting, one can always talk oneself out of the fact that the time irons have a value, and thus justify one’s passion for collecting under the guise of investment. With Coke cans this becomes difficult, but those who collect are simply emotionally lost to their collectibles. So what does Vianney collect? Watches, of course!

“Wow, what facts, a watchmaker who collects watches” – you might say and think of wristwatches, or even a table clock. No! He collects tower clocks and has done so since childhood. He bought his first tower clock when he was 16 and drove it home with a wheelbarrow. If I remember correctly, this is the clock in his collection that is 600 years old (!!!).

A visit to a museum is less exciting than his workshop.

Next to the “tower clocks” section is the “contemporary art” section with prints and original comic drawings of all kinds. With pleasure also with deep space background. Unfortunately, there was not enough time to look at everything in one afternoon. Maybe he should just open a gallery? And a tower clock museum.
Anyone who has met Vianney will confirm this. He is a very nice and enthusiastic person who loves to tell stories. You almost don’t believe that he is capable of building such watches, precisely because he is so atypical of the typical watchmaker. But there is no such thing as a typical watchmaker. He’s just so uncomplicated, doesn’t put himself and his works in the foreground, doesn’t have an agenda that always says sell, sell…. He doesn’t have to. Just watch a video of him. Okay, he’s a little different there than at home. 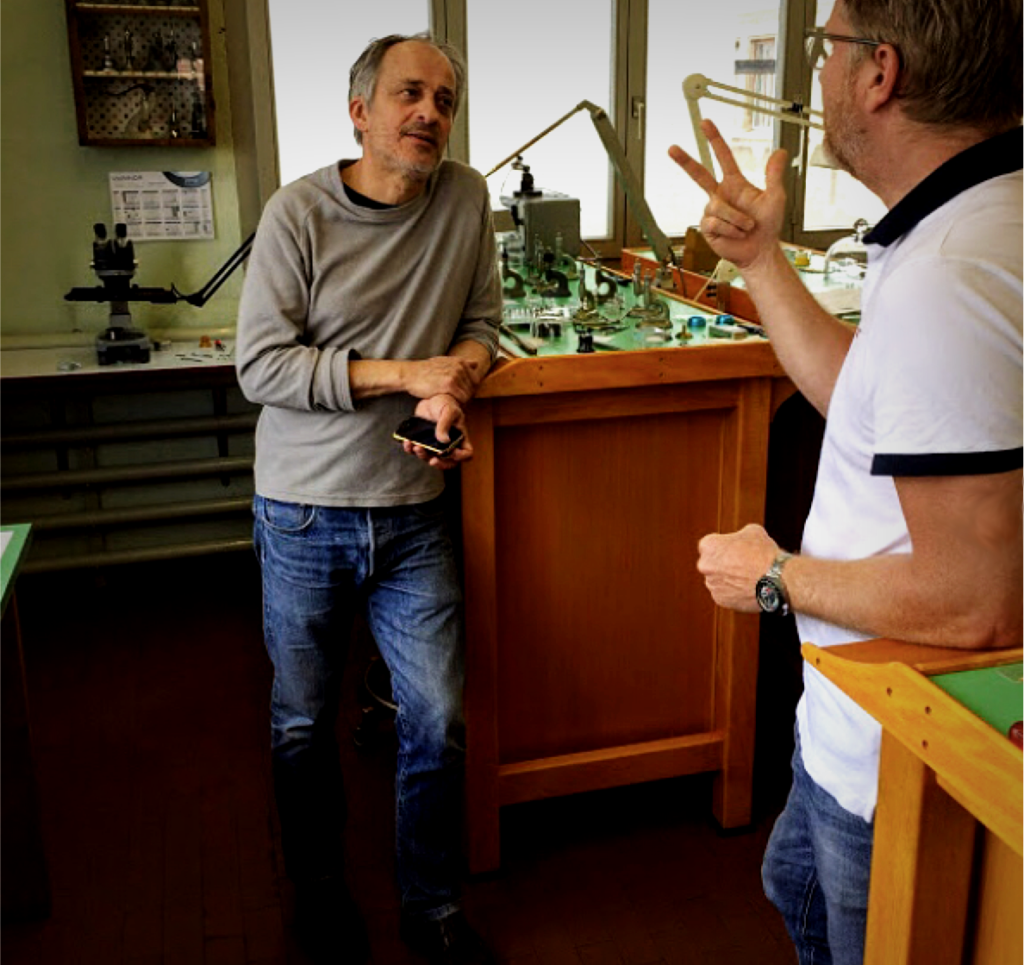